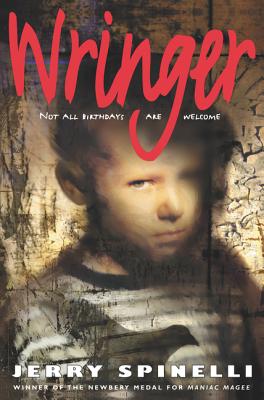 "A realistic story with the intensity of a fable." —The Horn Book (starred review)

In Palmer LaRue's hometown of Waymer, turning ten is the biggest event of a boy's life. But for Palmer, his tenth birthday is not something to look forward to, but something to dread. Then one day, a visitor appears on his windowsill, and Palmer knows that this, more than anything else, is a sign that his time is up. Somehow, he must learn how to stop being afraid and stand up for what he believes in.

Jerry Spinelli received the Newbery Medal for Maniac Magee and a Newbery Honor for Wringer. His other books include Stargirl; Love, Stargirl; Smiles to Go; Loser; Jake and Lily; Hokey Pokey; and The Warden’s Daughter. His novels are recognized for their humor and poignancy, and his characters and situations are often drawn from his real-life experience as a father of six children. Jerry lives with his wife, Eileen, also a writer, in Wayne, Pennsylvania.