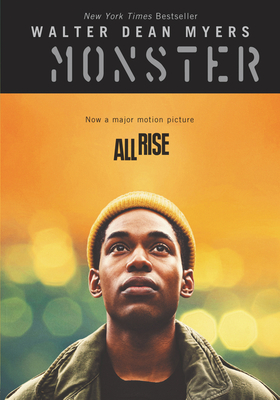 By Walter Dean Myers
$10.99
Not Yet Published

He’s young. He’s black. And sixteen-year-old Steve Harmon is on trial for murder.

A Harlem drugstore owner has been shot and killed during a robbery, and word is that Steve served as the lookout. Guilty or innocent, Steve has become a pawn in the system. He’s been called a monster, and worse.

As a way of coping with the horrific events that entangle him, Steve, an amateur filmmaker, decides to transcribe his trial into a movie script. But despite his efforts, reality is blurred until he can no longer tell who he is or what is the truth.

A New York Times bestseller and the first recipient of the Michael L. Printz award, Monster is Walter Dean Myers at his riveting best.

Walter Dean Myers was the New York Times bestselling author of Monster, the winner of the first Michael L. Printz Award; a former National Ambassador for Young People's Literature; and an inaugural NYC Literary Honoree. Myers received every single major award in the field of children's literature. He was the author of two Newbery Honor Books and six Coretta Scott King Awardees. He was the recipient of the Margaret A. Edwards Award for lifetime achievement in writing for young adults, a three-time National Book Award Finalist, as well as the first-ever recipient of the Coretta Scott King-Virginia Hamilton Award for Lifetime Achievement.