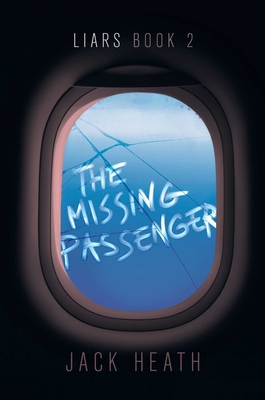 Jarli only narrowly escaped death after his world-shattering app made him infamous. Now there’s a new foe afoot and Jarli is far from safe in this thrilling sequel to The Truth App.

When a seemingly unoccupied plane crash lands in the middle of Kelton, Jarli’s attempts to lay low and out of Viper’s criminal crosshairs crash lands along with it.

The cause of the accident is a mystery until his Truth App uncovers a dangerous secret at the crash site—a secret Viper will do anything to keep buried.

Suddenly Jarli is a target again and on the run with his high school tormentor, Doug. There’s no one he can trust, not even the police—and Jarli’s starting to think Doug is hiding something, too. Constantly at odds and left with no other choice, they team up to conduct an investigation of their own. But when Doug’s past comes back to haunt them, Jarli fears that there’s little hope in getting out of this one alive.

Kelton was supposed to be the perfect hiding place. But there’s no hiding from the truth.

Jack Heath is the author of several books, including the Danger series, the Fero Files, the Ashley Arthur series, the Agent Six of Hearts series, the Liars series, and The Mysterious World of Cosentino series. He lives in Darwin, Australia.