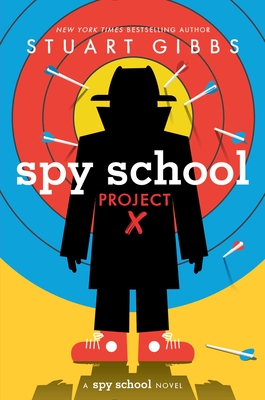 Ben Ripley’s longtime nemesis, Murray Hill, has put a price on Ben’s head and accused him of being at the center of a conspiracy on the internet. Now Ben finds himself in his greatest danger yet, on the run from both assassins and conspiracy theorists.

Ben must find Murray before his machinations catch up to Ben—but with so much at stake, even some of Ben’s most trusted friends might not be at the top of their game, leaving Ben to be tested like never before.

Stuart Gibbs is the New York Times bestselling author of the Charlie Thorne series, FunJungle series, Moon Base Alpha series, Once Upon a Tim series, and Spy School series. He has written screenplays, worked on a whole bunch of animated films, developed TV shows, been a newspaper columnist, and researched capybaras (the world’s largest rodents). Stuart lives with his family in Los Angeles. You can learn more about what he’s up to at StuartGibbs.com.