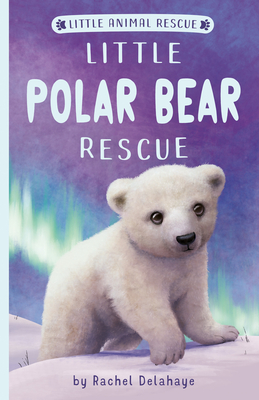 In this latest installment of the new chapter book series Little Animal Rescue, what starts out as a camping trip for Callie and the other members of the Forest Club ends up becoming the adventure of a lifetime for Callie when she is magically whisked away to the Canadian Arctic, where she finds a little lost polar bear cub. Includes black-and-white illustrations throughout.

Callie and her other Forest Club friends are playing a game of hide-and-seek when she is magically transported to the bitter cold and snow of the Canadian Arctic. There she sees a mother polar bear and cub, and a little while later, she finds another playful cub and realizes that he has been separated from his family. Can Callie brave the harsh weather--and other dangers in the Canadian Arctic--and use the skills she has learned in Forest Club to reunite the cub with his family?